Oy, Samsung! And Rooting a Vibrant... 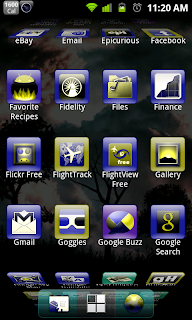 I bought a Samsung Vibrant last August, my T-Mobile G1 having fallen out of my bag at the annual Chicago Air & Water Show. Miguel never returned it. Some of you may remember those scary few days when I lacked a smartphone, or maybe you've blocked it out as I have.

The Samsung Vibrant had best-of-breed hardware, was available on T-Mobile, and best of all, an upgrade to Froyo was expected soon. The international upgrade would be out in September and thereafter the US upgrade. But in December, stories of delays surfaced.

It got really nasty in January when some rumors surfaced that Samsung might block the upgrades. It was an interesting few days, and in the end it seems they were just baseless rumors since on January 20, Samsung did release a Froyo upgrade.

But wait! There's a catch. For unknown reasons, Samsung and T-Mobile are choosing not to deliver it over the air in the same way as past updates. Samsung is requiring Vibrant owners upgrade with their "Kies Mini" software. First of all, their software requires a machine running Windows XP, Vista, or Windows 7. I don't own such a beast. Second of all, their software apparently has an unstated requirement on the 32-bit versions of these Windows versions. It sounds like it may have been rushed.

I had a dilemma. The Samsung path to upgrade was not easy, but I wanted Froyo! So, the only reasonable course of action is to root my Vibrant. I will share the steps I took:

First, I followed these succinct instructions on how to root my Vibrant. As the site says, the tricky part is getting into the recovery menu. Hold down power, volume up and down all while the machine powers on. And maybe get lucky...

Second, I followed these instructions to backup and upgrade my Vibrant. I used the Bionix-v ROM from TeamWhiskey. They have instructions here.

Now, I have Froyo!

If you are interested in further experimentation, may I suggest the great ADWLauncher EX alternative launcher, the WidgetLocker custom lock screen, or the LCD Density density changer.
Posted by Jeff Garrett Posted at 9:00 PM